Meanwhile in a galaxy far far away half of the world is watching the new Star Wars movie, I went to a concert for a very fine selection of Folk Metal music. This time it was different than usual. These bands came to the city I'm living in, I didn't have to travel, and the other, I went with a friend and colleague of mine, Tomi. He drew my attention to this show, and I was superexcited to see a whole folk metal evening (it was a first for me! - and couldn't be a better introduction to live folk metal). 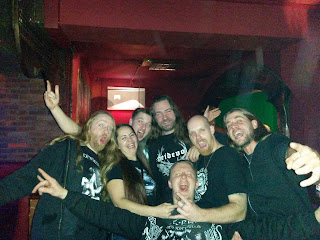 Unfortunately I was working that day, so just caught the last song of the first band (Jar). I've even seen some of the guys around their tourbus in front of the venue (Alibi - Wrocław). Anyways. First the beer, and then I got to the front of the stage to see Dalriada setting up. Knew them for ages, and even heard that they are giving an awesome live show. Tomi said all the best about them, so I expected a lot, and I was not disappointed, even the other way around. 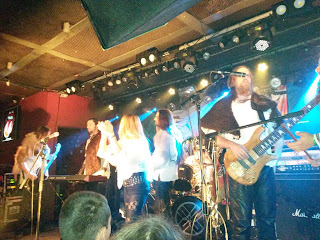 Dalriada is a hungarian band, they are singing hungarian with loads of folk elements in their songs. On this tour they came with their new album: Áldás. The show unfortunately was short, but they did play some of the songs I like. For example the Ígéret. I was actually perplexed to see some of the fans singing with them. It is not that common that anyone learns hungarian, and there was a girl, who was perfect hungarian. Also met a guy, Kaarli, who is a huge fan of Darliada and Metsatöll. He came from the Czech Republic just for this show. Amazing, isn't it? The funny part on the concert was when he just shouted: "Mégegyszer" with a bit broken hungarian, but still made me smile :) (it means - once more). The other funny moment was when István (guitar and vocals) just asked the others on the stage: "Mi a fasz van?" - I will not translate this one, google it if you want, but at that moment we just laughed with Tomi so bad :) 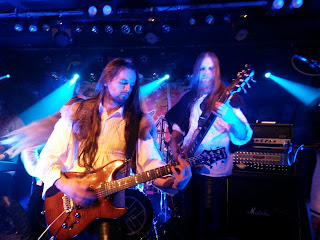 They did come out after the show and we have some nice pics with them. With a funny question before somewhere - "Are you hungarian? - you speak very well" That is not something you hear about your mothertongue every day :D


After them Metsatöll took the stage. They are an estonian band. You probably know already that I'm more into power metal, and honestly I didn't have time to research all the bands playing this night. Actually the only one I didn't listen to was Metsatöll. I got the biggest surprise ever on the stage when Lauri (wind instruments) just started to talk. That voice he has is causing an eargasm. Seriously. The song he was singing in estonian made me shiver through the whole song. He is the one here on the pic :) 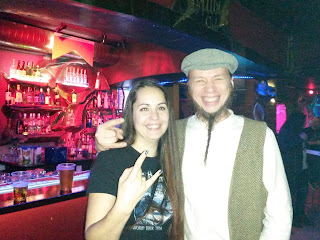 Their set was very mixed, slower and faster songs. I enjoyed it. Even though I figured out at this point that I'm not used to mashpits anymore. But that's quite allright. I can jump and headbang all the way :) Markus (guitar and vocals) was living with the show back and forth. He was truly amazing. 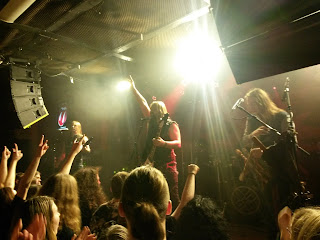 I don't understand a single word in estonian, but it doesn't matter. The music gives what it has to. Listen to Küü whatever it means!! The next day I was checking out them - I have to say, that beside they have great albums, the artwork of the covers are mesmerizing - for me. At the end I managed to catch him also going to backstage: 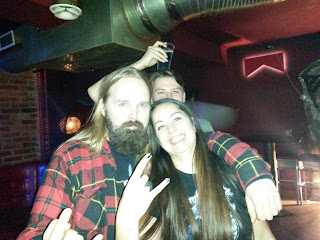 I was 'dancing' so much here, I needed some more beers to be ready for Heidevolk! A TRUE show on the stage. Contact with the crowd, The whole club was jumping together, and it seemed that they did enjoy the show a lot. The band and the fans also. I couldn't help myself to jump and to lalalala for the verses. It was an excellent play. At the end they did go for the fans' wishes and they played one of their most popular song: Vulgaris Magistralis 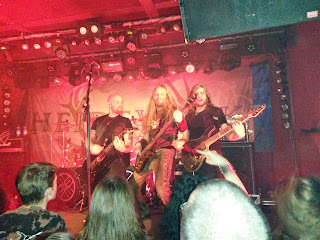 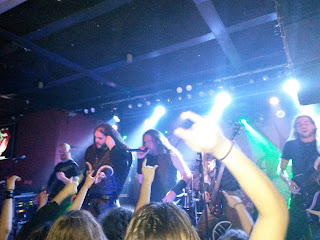 After the show they came out to interact with fans, We could even have some nice talk with them one by one if we had the time. I had the privilege to talk with Jacco (singer) about how musicians work, how they do enjoy the shows and so on. In general they were all so very amazing. Here I think pictures tell more than words could: 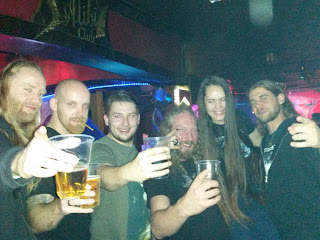 And on the stage the evening got closer to the end, the headliner band - Arkona got the stage. They are tourning with the Pagan Rebellion Tour since September. Honestly it was so visible on the stage that they got tired. I was expecting a great show with all the might they have. But I enjoyed the previous bands more. Not quite sure why. Do not misunderstand me, it was even more than allright, but from them I did expect more. Some spice in the food. Masha (singer) with her excellent voice came on and put the show on the table. I can't help myself thinking that it was a 'one-more-and-we-are-done' show. Other than that their professionalism carried them through. For me the one who took the show on his shoulders was Vlad (wind instruments). Even had some eye-contact with him from the stage, which he mentioned after the show also, so I was not imagining it. :D Anyways, I'll see them next year again on More//Than//Fest :) 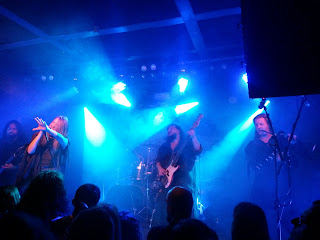 As I've written before. After the show guys came out and had some nice conversations. Furthermore I've found some new friends here: Rafał, Krzysztof, Wojtek from Poland, Kaarli and Jan from the Czech Republic. I'm pretty sure that we will meet again!!

Posted by Concertjunkie at Saturday, December 19, 2015
Email ThisBlogThis!Share to TwitterShare to FacebookShare to Pinterest