Volume 2 of the funniest and least expected weekend of the year so far.

I can't say I was not prepared. We are talking about a Metal Invasion with Freedom Call headlining for god's sake! It is a show I'm prepared for anytime. Let's not talk about the 3 hours sleep and 3 hours of bus ride before the festival, because that does not matter when Freedom Call plays.
My hostel was in a perfect location, at least in the matter of transportation, the venue was not that close. Let's just mention, that it was in the middle of nowhere surrounded by trees and sweet cottages. Had some doubts right at my arrival, how I'm gonna get back at night, but that comes later, the whole evening is in front of me at that point :)

So it was a small festival - one day with german heavy metal bands. Was eyeing with the festival for some time, but decided to give in to the lure around one week before. Who could say no for a Freedom Call show? Oh, I said that already :D I was curious about the other bands too, especially Dragonsfire and Sinbreed. (Un)fortuantely I succeeded to see 2 out of 3, and as I arrived a bit late, I've seen the very end of Wolfen's show, and some part of Layment.

The venue was sweet. The organization was fine, small little chips for the drinks, purple for the glass and pink for the drinks, even the prices were reasonable (even for little mid-east european girl). I missed only one thing, which was the cloakroom, but oh well, you can't have it all (or actually you can, but not this time). I was looking around if I can see some familiar faces (as it always happens on an FC show), and I was even cheating, as I checked the RSVPs on the Facebook event, and saw some people I recognized 'spamming' the fanpage of FC. No girls, I'm not talking about you, no no :P But how I met them was funny, at least for me.

Now back to the music, that's why we here, right? I was just roaming around and listening to Layment, and thought I still have time to take the first line, as the people just started to gather around, not a big crowd yet. I still got caught in the music, even tho the preps were in german, I did understand a lot. The band is fine, I recommend them to listen. 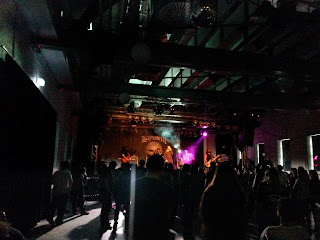 Then I've decided that it's time to move closer for Dragonsfire. What a show. Serious blast there. They seemed to enjoy the show so much, I started to be warmed up right away. I really did like how they smiled through the whole show, ran up and down the stage and lived with the already gathering fans. I didn't have time to listen to them too much before, but I still could sing some songs with them. Not that loud and enthusiastic as I do usually, but still did my part. As this was the first show for me, was really surprised when they brought out a jar full of cider. Knew the song, but a jar of cider? Listen to it: Cider victims. 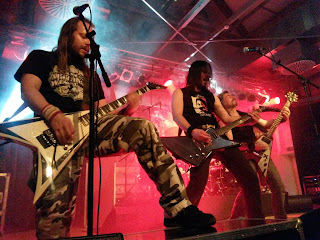 And then as I felt my place secured (ye, still not that many people), I went out for some refreshment, and I finally saw who I knew to be there. I must have looked extremely stupid going to 2 girls talking in english with each other. Pick up line: "I know you". You should've seen their faces. Like a girl in the middle of a festival talking english claiming to know you. Probably a quite weird impression I could've made... but Sabine and Djoeke are just too much fun to take it as an offense, and obviously came the question - what the hell, from where do you know us. Well, girls, you are spamming FC Official :P and I read and listen. A lot.
I got to the conclusion again and again - fans of the Happy Metal are cool, like supercool. Meanwhile in an other galaxy - as in on the stage Sinbreed started to play - but I had such a good time outside, that I had no intention at all to go inside. Somewhere then Chris just came and I got a greeting and a hug. And honestly, I start not to be surprised on that, nothing has changed, he just saw me enough times to recognize me :D
What I didn't know, that the girls were not alone. They had the whole dutch commando with them. To find crazier and more fun group would be a hard thing to do. I've met a lot of FC fans, I did. All of them fun and crazy, but these guys put the bar so high, I had my stomach hurting for 2 days of laughter. Monique, Bas, Duck, Pieter and Maarten. Wow, guys. With Mr. Conductor Pieter we sang Warriors and Power and Glory word by word around the table. At that point I knew pretty well, that this show will be one of the happiest happy metal show I've ever been to. And it actually was.

We went to the stage. Middle - first lines obviously. And the show started. We knew beforehand that Lars won't play as he was still doing his producing stuff in California (and nobody was jealous). I was very curious about the guy who was playing instead of him this evening. Joshi did an amazing job. I have to admit, that we did help a lot in the singing part :D Perfect setlist, lovely songs, and the music and fun we all got used to. You just can't feel bad on their show. See, see: 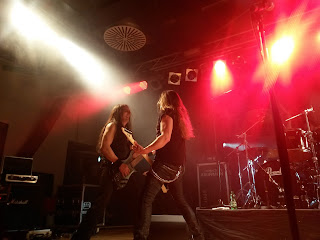 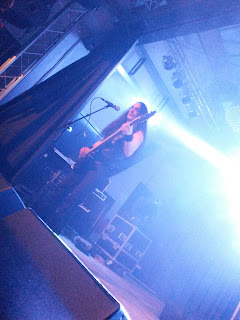 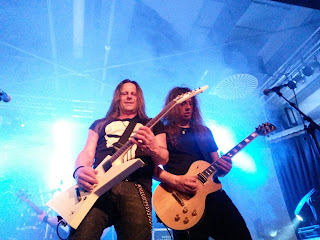 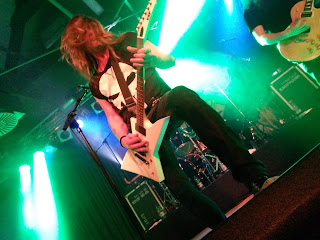 And the best part of the evening was still ahead of us. As exhausted and voiceless we were, smiling the way out to the gardens, and the fun just continued there. Gathered all our chips left and exchanged for beers, and guys were singing some dutch songs. So in the weekend I kept expanding my foreign folk/children/drunkard song knowledge. And then the band came out, as they almost always do. The small pack of us who left there could talk with them. The most interesting part was how they listen to you and getting interested, and being open for anything you have to say. I completely honour them, and appreciate them for what they are, what they do for me through the music they create, the conversations we have and the people they bring into my life.
Thank You all for this extremely fun day and night, and we'll see each other in Duisburg!

Playlist for the whole festival - at least all I've found on Spotify: Metal Invasion Köln